Home  »  Women Empowerment
Dr M Chandrasekhar International Foundation role in women empowerment is promotion of equal participation of women and men in decision-making because women continue to have fewer rights, lower education and health status, less access to resources and decision-making than men. There are many gender roles socially constructed that are oppressive and needs social transformation. While it is important for both genders to participate in the gender development interventions and initiatives, more interventions are required for women to bring balance in the gender relations and power equations. Gender development is a strategy adopted by Dr M Chandrasekhar International Foundation to empower the women more and ultimately to re-distribute power among women and men. 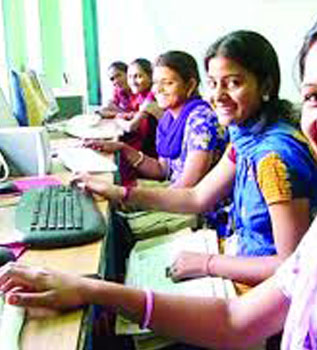 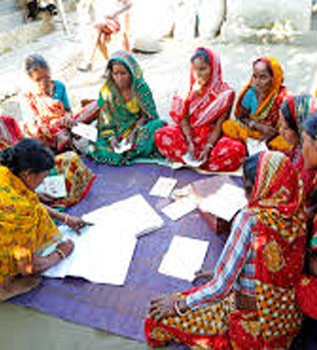 Women's empowerment discussed everywhere. Some people interpret it as giving more power to women while others deduce it as an initiative to educate women about their rights. In India, women's empowerment is very crucial for the country's success and development. Around 60% of the nation's population is women, and if they get a low status in society, the state can never prosper in the long run. In India, the participation of women in development work is negligible. Except for a small proportion of women in metro cities, there’s no significant participation of them in society, economy, and politics. Even if they are made the face of a campaign, they are not the decision-makers but men backing them. To bring women in mainstream and ensure their involvement in decision making, their empowerment must be considered seriously.

Dr M Chandrasekhar International Foundation conducts a series of training and awareness talks on gender-related issues like dowry, rape, domestic violence, matrimonial dispute etc in all of its operational areas and there by bringing them back to the mainstreams of society. Dr M Chandrasekhar International Foundation launched girl child/ gender development programs. It has organized 44 training programs to high light gender concepts female feticide and Panchayati Raj. The Female feticide has become a common phenomenon. People do have access to pre- natal sex determination to find out whether the baby in the womb is male or female. Any scientific technology is to be used in the right way.

But at times it is misused. The male female ratio has got drastically affected due to female feticide. Dr M Chandrasekhar International Foundation India, male children are given special attention. More opportunities are provided to boys to come up in life. Constantly female children are ignored and neglected. Awareness program on female feticide were organized in many operational areas.

Counseling & Legal Aid for women who are often victims of domestic violence / sexual harassment and abuse.  Women and children are often at higher risk of violence and abuse in the densely packed slum settings.  With low level of literacy rates, women often, are unaware of their legal rights and Government schemes that are in place to help them. Our legal counselor, offers women in the slum communities, aid and counseling, access to government social welfare schemes, and helps them find a voice for themselves and their children.

We recently conducted program under the auspices of the Ministry of Minority Affairs, Govt. of India. The objective was to raise awareness of social issues and provide legal literacy especially about women rights. They were also taught how to write legal applications and seek legal aid. The primary obstacles to the realization of women’s human rights in India, are social and cultural in nature, deeply rooted in the traditions of its communities.

Just a message away for information or assistance to make giving seamless for you.